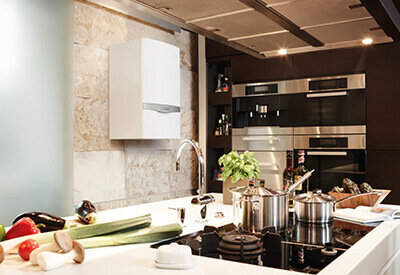 How dangerous can a faulty boiler be?

A boiler is a key element to our homes. It keeps us warm in the winter and provides hot water. We can take it for granted, but when it breaks down, we realise just how much we normally rely on it.

Boilers can develop faults over time. Most of the time these faults result in poor performance and are not dangerous. Occasionally however, a fault can develop that poses a risk to human health. In some instances, they can even be fatal.

A badly fitted or faulty boiler can become a serious threat to your health. If left unchecked, they can result in carbon monoxide poisoning, fires and even explosions.

Faulty boilers can be fatal, but in most cases they will simply refuse to work. This in itself can be a major inconvenience, particularly if they break down during the winter months.

Most modern boilers contain a number of safety measures, such as thermostats, overheat stats, pressure relief valves and oxygen depletion sensors. If your boiler has something seriously wrong with it, then the strongest likelihood is that it will cut-off and refuse to work.

If your boiler is making a strange noise, yet still working, the chances are that it won’t be dangerous.

There are more risks associated with older boilers. There’s not only the wear and tear associated with age and regular use to consider, there’s also higher potential risks as a result of how they work.

Old fire and back boilers, or floor standing boilers often have an open flue. This means that they take air from the room they’re located in. Older boilers also don’t contain the same safety devices as modern boilers. If you have an older boiler where the pilot light keeps going out, then it may be worthwhile contacting an engineer to investigate.

It’s incredibly important that older boilers are regularly serviced. It’s also worthwhile considering replacing an older boiler with a new one. As well as containing a range of safety features, new boilers tend to be more efficient and ultimately save you money.

What to do if you suspect a leak

If you suspect a gas or carbon monoxide leak you should immediately switch off your gas supply at the meter. You should also open all the doors and windows to allow air into your home and the gas to escape. Do not, under any circumstances, use any kind of naked flame, electrical switches, or other ignition source.

Boiler repair and servicing from a Gas Safe Registered engineer

Range Heating offer a full boiler repair service that can keep your boiler running safely and give you peace of mind. All our experienced, professional engineers are Gas Safe Registered and are properly insured.